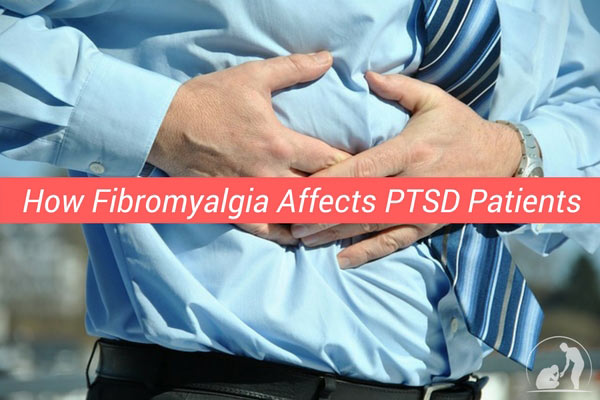 Fibromyalgia Seen in 50% of American Veterans with P.T.S.D.

The mysterious chronic pain condition fibromyalgia is widely thought of as a woman’s disease, but new research suggests it is also common among men with post traumatic stress disorder. In a study of male Israeli war veterans, half of the men with combat-related P.T.S.D also had the tenderness and pain characteristic of fibromyalgia.

The findings were reported today in Berlin at a European rheumatology meeting. There is a growing body of research linking post traumatic stress and chronic pain, but the Israeli investigation is the first to limit its study population to males. “A consistent relationship has been seen between P.T.S.D and chronic pain conditions like fibromyalgia,” says psychologist John D. Otis, PhD, who is also studying the link in veterans. “The fact that the pain is often independent of the traumatic event leads us to believe that there is something else going on.” Pain and Trauma While the cause of fibromyalgia remains unknown, the condition often occurs following physical trauma — such as an illness or injury — which may act as a trigger.

In 1990, the American College of Rheumatology developed a standardized diagnostic evaluation for fibromyalgia, which includes a history of widespread pain for a minimum of three months and pressure-associated pain at 11 of 18 specific sites on the body. The ACR standards were used in the Israeli study to evaluate 55 war veterans with severe P.T.S.D, along with 20 veterans with major depression and 49 veterans with neither condition. About half — 49% — of the P.T.S.D patients met the criteria for fibromyalgia, but only 5% of the patients with major depression did. None of the men who had neither condition had fibromyalgia.

In his presentation to the European League Against Rheumatism, lead investigator Howard Amital, MD, notes the fibromyalgia-P.T.S.D link was much stronger than that for P.T.S.D and major depression, despite the fact that the severity of the two psychiatric conditions was similar. “Psychiatric illness is (not) necessarily correlated with fibromyalgia, but P.T.S.D certainly is,” he notes. “The symptoms may overlap, but the degree and the intensity of these disorders are so closely related that it cannot be just a coincidence.”

Integrating Treatment Peter Roy-Byrne, MD, who is chief of psychiatry at Seattle’s Harborview Medical Center, has also studied the association between post.traumatic stress and chronic pain and fatigue. He tells WebMD that patients with fibromyalgia should be evaluated for P.T.S.D, and P.T.S.D patients should be evaluated for the chronic pain condition. Roy-Byrne is also professor and vice chairman of the department of psychiatry at the University of Washington School of Medicine.

“Even though the pharmacological treatment of these conditions may be similar, the behavioral and cognitive approaches to treatment may differ in patients with both,” he says. Otis says his own VA experience also suggests a very high incidence of unexplained chronic pain among veterans with P.T.S.D. He is evaluating the effectiveness of cognitive behavioral therapy for the treatment of patients with both conditions. “Our thinking is that that we will do a better job of treating both conditions using an integrated, behavioral approach,” he says.

Previous Story
How to Engage Children & a Parent with P.T.S.D
Next Story
P.T.S.D “PTSD? How can that be? It’s been years since my trauma! I thought I was fine.”